Arriving back to Baltimore after a few weeks of travel, it seems we have turned the corner to spring. The red-bellied woodpeckers are back to drilling away at the resident trees, while the deer look on eagerly as bits of young ivy begin to peek through the dwindling snow. My past weeks were spent traveling in Canada and, though rivers and lakes were melting, the cold was very much still present. First stop on the trip was Ottawa, where I scheduled interviews with a variety of actors within the Arctic Council scene, including policy advisors, working group chairs, and researchers (each offering me unique insight into their relationship with and knowledge of the Permanent Participants). Although a handful of common themes have emerged from all of the conversations thus far, I would not have predicted the variety of opinions and perspectives (often in direct contradiction) expressed by the actors. Although this is fascinating, it will certainly make my path forward more difficult.

After Ottawa, I originally planned to head to Anchorage, Alaska for interviews with some of the Permanent Participants (PPs). However, after much anticipation and correspondence, I was invited to the Permanent Participant Capacity Workshop being held in Whitehorse, Yukon. With the good news, I set to rearranging my travel plans and, without knowing what exactly would unfold in the coming week, tried to formulate an appropriate approach for collecting the data from the workshop, interviews and informal conversations.

I arrived in Whitehorse after a hellish day of travel, where an initial flight cancellation almost ended my journey before it began. Luckily, with some last minute rearranging, I found myself on a plane heading out across Canada and (nearly 24 hours later) finally snuggled into my temporary home for the week. The city is small–only about 28,000 people–but diverse and teeming with culture and personality. It is located on the Yukon River and, according to Guinness World Records, is the city with the least air pollution in the world. Whether this is actually true, who knows…but the air was crisp and every breath made me feel more alive. 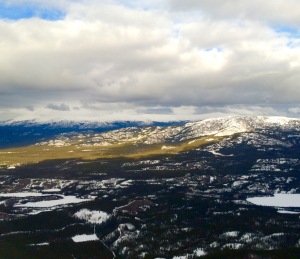 Flying into Whitehorse–normally there would be full snow cover at this time, but it was an unusually “warm” winter, so the green has already started to take back the landscape. Still, there was a lot of snow. And it was, in fact, cold.

The first two sessions of the workshop were “in camera”, so only the PPs were allowed to sit in on the conversation (this confidentiality aspect of my research is going to be interesting when it comes time to write). With a few free hours, I took to exploring the city and enjoyed a late breakfast at a hip, little cafe called The Burnt Toast before heading over to the Kwanlin Dün Cultural Center to join the workshop. Though I must admit I was nervous walking in, after the first few introductions, I quickly relaxed knowing I was in good company. Some of the individuals I had previously spoken with via Skype, while others were new names and faces–but all welcomed me with warm smiles, respect and intrigue.

After sitting through the first few conversations and presentations, I realized the next three days were going to be an incredible opportunity for a focus group (which I hoped for early on, but knew it would be practically impossible to get all of these actors together on my own). Though I would not be able to direct the conversation, the structure of the workshop could not have been more suited to answer the very questions I needed to address. Moreover, as the workshop focused on PP capacity, it was a unique opportunity to hear concerns and interests from the PPs themselves, rather than from the viewpoint of external actors. It was also an opportunity to have all 6 PPs in a room (not an easy thing to do), discussing common issues without the external presence and pressure. This latter point certainly helped create an atmosphere of trust and transparency between them, making me feel all the more thankful to have been included. 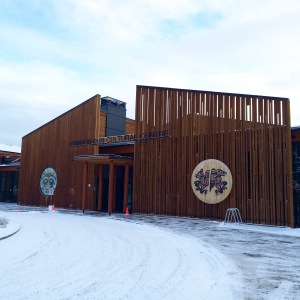 Although the topics of discussion would not touch on all my areas of interest, it provided me with a great depth of understanding into how the PPs function internally, as well as how they act with one another, the member states, and the broader Council forum. The experience was supplemented with funny and poignant conversations over dinner and drinks, where everyone was willing to speak a bit more candidly about their own expereinces in the Council. The experience was, very simply, invaluable.

Reflecting on my journeys, it became clear how difficult it must be to attend Arctic Council meetings on a regular basis. The locations are often remote (though beautiful), reflected in both the cost and time it takes to simply get to them. I can only imagine doing this 10 times a year, to locations throughout the Arctic, on extremely limited budgets. For the PPs, this is a critical aspect of their relationship and role in the Council and one that I now understand more intimately. At the same time, the beauty and cultural significance of locations such as Whitehorse lend to the character of the Council, making it a deterrent to hold meetings in more urban and centralized areas.

Nearing the end of my data collection,  I am now set to applying a framework of analysis that will help with narrowing all of the information. How I am actually going to do this is terrifying, but also fun…I hope.  This thesis proves to be a difficult task, as every time you peel back a layer, ten more await you underneath–and all are fascinating and deserve there own attention. So, for now, I am off to begin the long and arduous process that will (again, hopefully) lead to some coherence and exciting conclusions.

1 thought on “Adventures in the Yukon…”